Known by ‘Bill’, he’s pictured here with his Stromberg-Carlson Vanity phone.  He has several hundred telephones of different kinds and in varying conditions plus boxes of parts and pieces to restore phones for display or sale.

Among his treasured phones is this one that belonged to his fraternal Grandparents.  It has a Chicago Glass Front and was nicknamed ‘May West’ because of its curves. They were on the Barneston, NE. Exchange in 1902.  His Grandparents number was ‘Elm 211’.  He also has his maternal grandparents phone but the battery box was cut off because it was too long. Mr Hellmer has every newsletter ever published. He also has a copy of the minutes of the National Meeting in LaCrosse, Kansas on November 12, 1972. 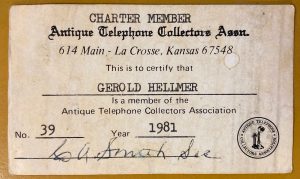 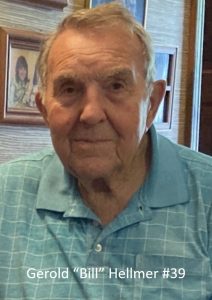 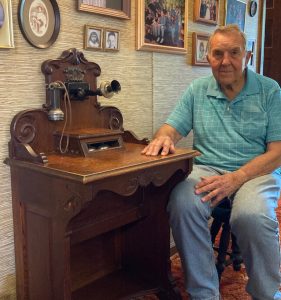 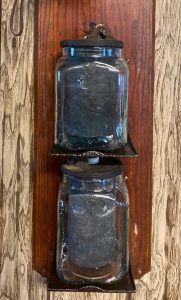 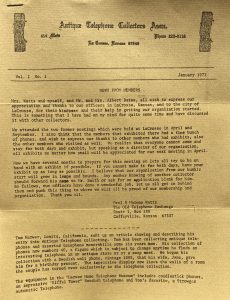 Go back to the ATCA History page